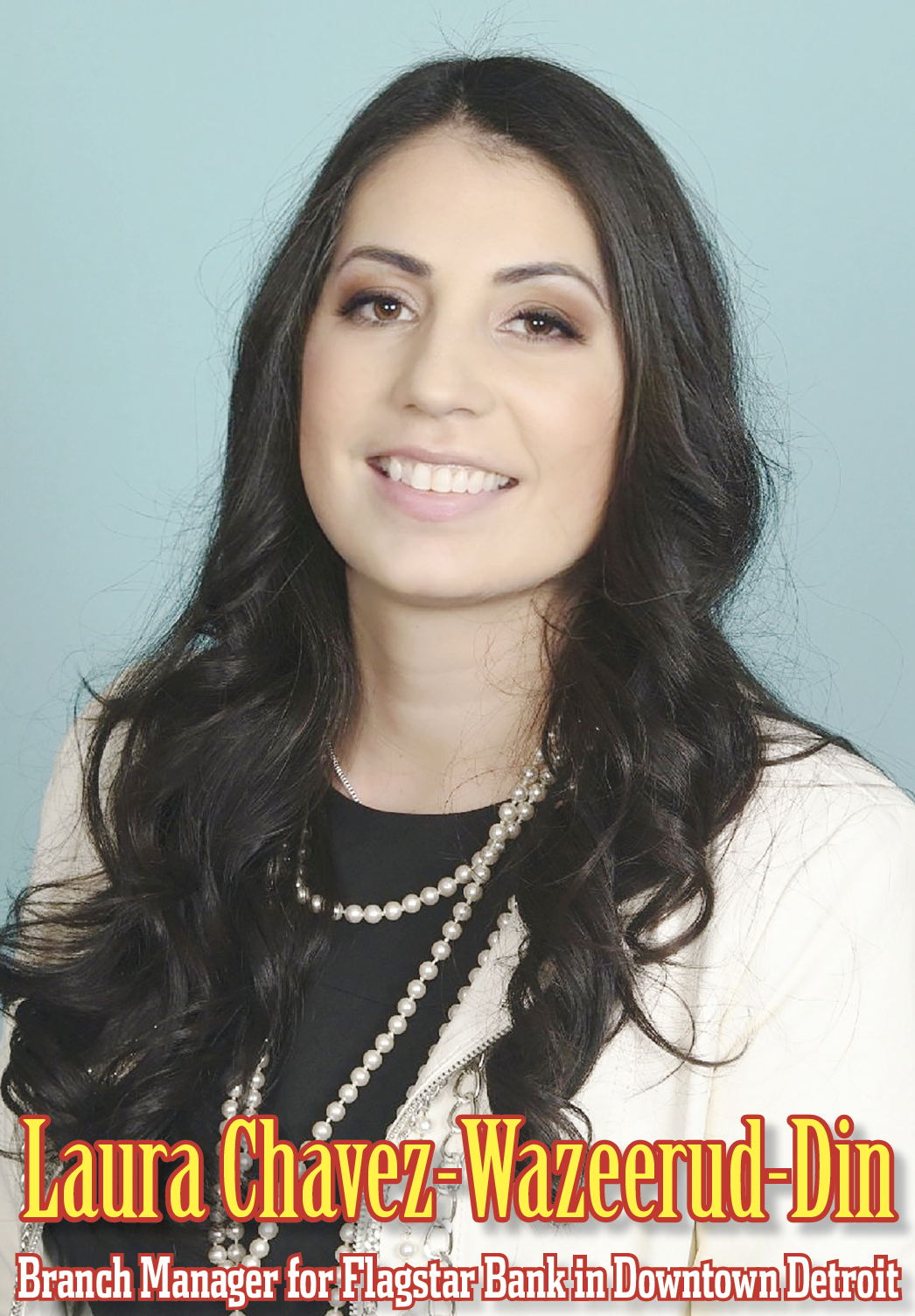 As every month, we´re pleased to share with you an exemplary story in “De Mujer a Mujer”. This story is based on love, strength and perseverance. Today´s article is about Laura Chavez-Wazeerud-Din, Branch Manager for Flagstar Bank in Downtown Detroit.

Chavez grew up in Southwest Detroit and developed at an early age a passion for the Hispanic Community and recognized that there was need for more Hispanic presence in the education system.

Laura, can you share about you, the woman, your family, values, goals?

“I am a product of Foster care, my sibling and I were placed into the system after my mother’s live in boyfriend was beating us so bad that we were hospitalized. This was the only life we knew and for the next five years we lived moving from house to house, family to family. I remember knowing that we had to stick together, no one was like us, every foster home we were placed in were black or white. We only spoke Spanish back then, we struggled to have a voice in these homes, often finding ourselves in abusive environments that were often just as bad if not worse than the only thing we knew as home”.

“My sister and I were allowed to stay together unfortunately, my brother was separated from us. Not many foster homes were ready for three non-English speaking children. We looked forward to the times in-between placement when we would all be reunited once again. I always loved my siblings and wanted to protect my little sister from our new world. In all honesty I tried my best to make her see the good in every experience.

“Once we were reunited with our mother for a very long time I didn’t believe her to be my real mother. Shortly after us being reunited, my mother made the decision to surrender her parental rights of my sister. I was hurt, and heartbroken after everything we had lived through, to only be separated by the person who was supposed to be our mother…. I lived much of my youth in fear that one day I too would be sent away and lose my brother too”.

“In third grade I was placed in special education since I didn’t speak Spanish proficiently nor did I speak or read English according to my grade level. That year I had a devoted teacher who spent all of her extra time to help me. After third grade I was placed it what was known as the Gifted and Talented class. I was always working hard on my studies and wanted to be a teacher and help other like me. I graduated top of my class from Western International High School, only few knew I was supporting myself 100%. I had my own apartment by the age of 15, I worked a 40 hour job at a local furniture store. I knew I was college bound”.

“I went on to earn several scholarships that allowed me to attend Wayne State University while I worked a full time job. My first year I rode my bike from Southwest Detroit to Wayne State, followed by work every day. I knew my bike was more dependable than public transportation. The buses were not as reliable as I needed them to be, I knew my bike was a stable from of transportation and I never had a second thought. Looking back was it the best move? Probably not, but it was the chose I made to be on time to class & work every day. I earned my way to college and I was not going to allow anything to stop my success”.

Laura special interest in different important topics as, health, financial literacy and education encouraged her to attend Wayne State University and graduated with a degree in Secondary Education with a Bilingual Bicultural Specialization.

After graduating, Laura started working in Detroit as a teacher and worked in the education field about 20 years, dedicating her life to being a volunteer in the Hispanic Community. She worked at the Mexicantown Community Development Corporation, to Henry Ford Health System,Southwest Solutions, and the Michigan Hispanic Collaborative.

Since joining Flagstar Bank in May 2018, Laura Chavez-Wazeerud-Din not only have earned “Branch Manager of the Month” about a Handful of times, also under her leadership, her branch ended 2018 ranked #2 out of 100 branches in the State of Michigan. She loves the company she works for and feel so supported in her decisions.

Laura, I´m sure as many women, specially in our community you probably had some challenges and still dealing with some in order to perform your task in the Detroit branch, can you share some?

“As a Latina Female as a Branch Manager in Downtown Detroit, one of the first challenges I faced was being exactly who I was, Latina Female. In Downtown some were stuck in the ways of the past and did not accept the vision of diversification. Flagstar had a vision to have the branch represent Detroit as a whole with a mixed staff. At first, I was at times meant with resistance and had some push back. I was challenged on my knowledge and experience often times forcing me to prove my worth and expertise”.

“In 2019 I have been recognized as one of the BEST of Flagstar, ranking the branch in the Top Ten out of 160 branches nationwide. I have also worked diligently to establish the Hispanic Employee Relations Group (HERG). I am proud to announce the HERG was successfully launched February 15, 2019. In addition, I am active with the Michigan Hispanic Chamber of Commerce participating in monthly events on the company’s behalf. I am also the Detroit Chapter President of Prospanica, a national Hispanic Professional Organization. In March, Alternatives for Girls has selected me as a 2020 Role Model Honoree”.

How do you see yourself in ten years? “In ten years I hope to be in leadership position that allows me to utilize my experiences to teach and coach others. I look forward to continuing to work with the Latino community at large and beyond”. “My most important role in life is as a Mother to my 10 year old son”.

Laura Chavez-Wazeerud-Din message for those members of our community considering higher education in need to get Student loans,

“ I say do your homework read the fine print. Understand that this is a contract on your education, it is not free money”. 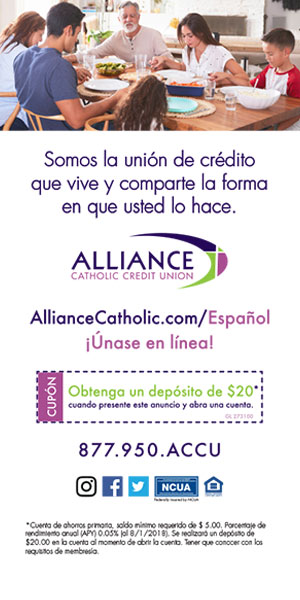 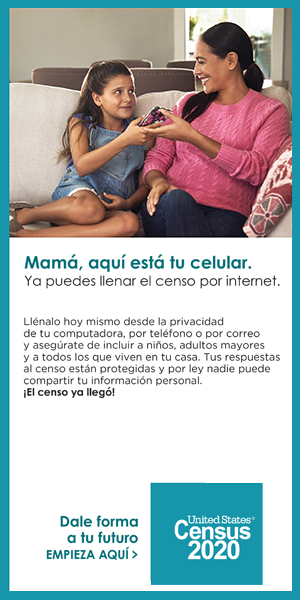 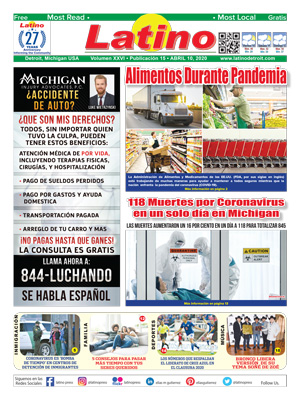 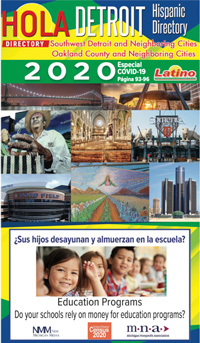 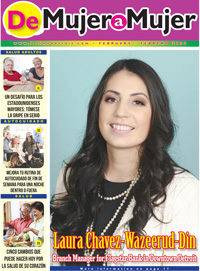