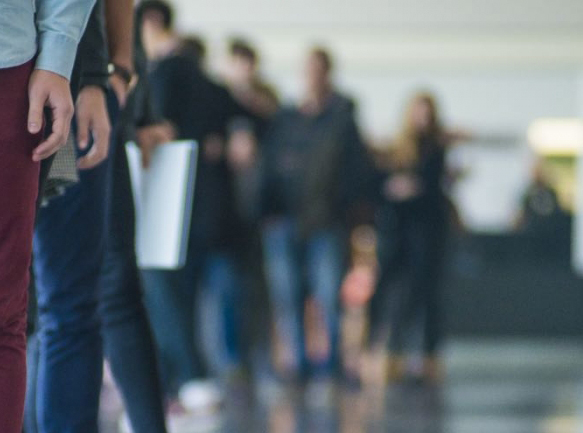 More than one-third of Michigan’s workforce has entered the unemployment system since March 15, the state official in charge of getting them benefits said Wednesday.

So far, Gray told legislators at the Michigan Joint Select Committee on the COVID-19 Pandemic, 92 percent of unemployed workers — or 1,374,751 people — have received payments.

But it’s the other 8 percent who are still waiting for jobless benefits who have Gray and his newly expanded staff working seven-day weeks amid the surge of applicants that still stresses the unemployment system.

“These are the cases that are keeping me up at night,” Gray said of the 134,130 people still awaiting approval of their claims.

Those workers who have not yet obtained payments also drew the focus of legislators.

Gray and Todd Cook, director of legislative affairs for the Michigan Department of Labor and Economic Opportunity, answered questions for more than two hours on Wednesday, as legislators requested details on how the office responded to the waves of newly jobless workers as the coronavirus crisis unfolded.

Layoffs started to press the system when restaurants closed on March 16, Gray said. The public health response to the spreading virus then escalated quickly, with Gov. Gretchen Whitmer issuing a stay-at-home order and closing non-essential businesses.

That sent Michigan’s unemployment system into its own crisis as the staff, computer system and existing regulations struggled to meet demands.

It also exposed flaws in the system, he added. The UIA cut procedural red tape over the past six weeks, streamlined certification steps and turned off the 10-day hold requirement so that money reached jobless workers more quickly. It also removed a penalty for employers forced to lay off workers.

Jobless workers began complaining nearly immediately that they were unable to access the system — either through a computer system that lacked capacity and at one point crashed or by phone, when some people reported more than two-hour waits.

“I have two full-time office staff members and they’re full-time helping people who could not get through,” she said.

Applications that have been flagged for review also have been a problem. Gray said a review that normally would take three weeks instead took “a number of weeks longer” as the number of applicants spiked.

According to Gray’s presentation, the number of filings represents a 3,300 percent increase in initial claims over the previous eight weeks. At its peak, there was about a five-fold increase over the highest demand week during the Great Recession just over a decade ago.

The UIA went into “surge planning,” Gray said. Among the solutions was adding staff to the department, with many moving over from Michigan Works offices. Customer-facing staff in the unemployment office started at 130 people on March 1. By May 13, that number had climbed to 1,757.

“I understand that is of little consolation to those that missed payments,” Gray said.

So far, $5.62 billion in payments to unemployed workers have been made since March 15, Gray said. Some of that represents federal funds, including CARES Act payments. They also are going to workers who initially did not qualify for unemployment benefits, such as contract and part-time workers.

Several legislators asked questions about whether the UIA knew what kinds of pressures it would face as Whitmer planned the shut-down.

“Did you have an internal estimate of how many people would be driven out of work by these orders?” asked Sen. Aric Nesbitt, R-Lawton.

“We were seeing what was happening in New York and Washington,” Gray answered, “so we know the volume would be astronomical.”

But Cook, the Labor legislative director, did not give a precise timeline of the state’s lockdown planning, something some legislators sought through multiple questions. He pointed to the chain of emergency command in Whitmer’s administration as the source of the timing for when the UIA learned about the shutdown and which industries would be affected without providing details.

Other questions were raised about the Michigan Unemployment Trust Fund, which had $4.6 billion at the end of 2019. The rate of unemployment payments threatens to drain the fund by this summer, with the solution being borrowing from the U.S. government to continue providing benefits.

“We are drawing down as many federal dollars as possible so as not to put stress on the trust fund,” Gray said.

Potential revisions to Michigan’s unemployment system also were raised, including by Sen. Adam Hollier, D-Detroit, who was among four legislators who announced Tuesday they support a list of changes. Among them: lengthening the duration of unemployment benefits, which was reduced in Michigan to 20 weeks from 26 weeks during the Snyder administration, and increasing the $362 maximum benefit, an amount unchanged for 18 years.

Gray said the unemployment generated by the pandemic “exposed every possible crack and need that we have” to help jobless people access benefits. That includes a certification process that can be cumbersome and regulations that look at an applicant’s previous jobs.

Both legislators and the UIA agency representatives said their priority today is that Michigan workers who have lost jobs access their benefits when they need them.

“We’ve tried to keep a human side to this,” Cook said. “These are real people with real families.”

Rep. Jack O’Malley, R-Lake Ann in northwest Michigan, asked what residents should do if they see problems persist. Gray said he’d be surprised to hear many more are out there and not addressed in the pipeline of reviews. His advice is for them to contact the UIA office, and turn to their representatives for help if they still struggle to get through.

“Everyone’s going to get paid who is eligible,” Gray said.